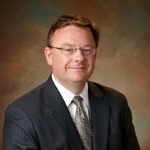 Far better it is to dare mighty things, to win glorious triumphs, even though checkered by failure, than to take rank with those poor spirits who neither enjoy much nor suffer much, because they live in the grey twilight that knows not victory nor defeat. – Theodore Roosevelt

Attorney Patrick Lyp devotes his time primarily to business, municipal, real estate and bankruptcy issues. He is also an adjunct professor of law at Valparaiso University School of Law where he teaches business drafting. Prior to joining the firm in 1997, Mr. Lyp served as a judicial law clerk to a bankruptcy judge in Chicago.

His municipal practice focuses on regional/local government, land use and economic development issues. Mr. Lyp serves as attorney to the Gary/Chicago International Airport Authority. He is counsel to three separate plan commissions and boards of zoning appeals and to the City of Valparaiso Redevelopment Commission. He has been involved in the creation and representation of Conservancy (sewer) districts and has represented clients appearing before municipal boards and commissions.

As bankruptcy counsel, Mr. Lyp represents both creditors and debtors, including businesses going through the bankruptcy process. His clients include local and national lenders and credit unions in bankruptcy and non-bankruptcy collection/foreclosure matters.

Mr. Lyp is currently employed as the Economic Development Director for the City of Valparaiso. He is a life-long New York Yankees fan and does not miss an opportunity to talk about baseball. Mr. Lyp is active with his wife (Jody) and three children.