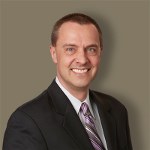 Jeffrey S. Wrage, a Board Certified Civil Trial Specialist – NBTA with Blachly, Tabor, Bozik & Hartman, LLC, won a $3.5 judgment against State Farm Insurance Company in an underinsured motorist case. The verdict and award came in from the jury on March 3, 2011 in Judge Roger Bradford’s court.According to Wrage, several factors led to the award, believed to be the largest in Porter County where the defense claimed the injuries were only “soft tissue”. “This case was all about the nature and extent of injury and damages,” Wrage said, explaining that State Farm’s lawyer suggested a verdict of $50,000-$75,000 in their closing argument to the jury.  “We had to overcome testimony about the ‘minimal nature’ of the collision from the driver of the car in which my client was riding and from the police officer that testified,” he said. A careful presentation of the facts proved to the jury that the client had a steady and slow progression downward that led to surgery later deemed to have been unsuccessful.

Most importantly, according to Wrage, the jury believed the client, who had a 35 year work history at the USPS, believing he was in pain and that he would have kept working and been promoted to a higher level had these injuries not occurred.  Regarding the verdict, the jury is believed to have come to $3.5 million as follows:  $1.7 million in lost wages, $1.7 million in pain and suffering and $100,000 for medical expenses to be paid back.

“This was a tough case to prove, especially against a company that spends big money for expert witnesses,” Wrage said. “But in the end, this award will help ensure my client can continue to pay his medical bills and while still living with pain, will be able to live with some peace of mind financially.”