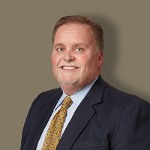 The Valpo Chamber Board of Directors named Partner/Attorney Randall J. Zromkoski its Treasurer and member of the Executive Committee for 2013. Mr. Zromkoski has served on the Chamber’s Board of Directors since January 2010.Mr. Zromkoski practices in the areas of Workers’ Compensation and Social Security disability law. A passionate advocate for injured workers, Mr. Zromkoski has conducted numerous seminars sponsored by bar associations, professional organizations, labor unions and support groups designed to assure that those injured or disabled know how to take advantage of all the rights and benefits available to them.In addition to serving on the Chamber Board, he is a lector and former Church Council member at St. Elizabeth Seton Church.

Mr. Zromkoski is also an Adjunct Professor of Law at the Valparaiso University School of Law where he developed and teaches a course covering Social Security Disability Law.