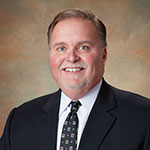 Attorney/partner Randy Zromkoski is the Managing Member of the firm of Blachly, Tabor, Bozik & Hartman and practices in the areas of Workers’ Compensation and Social Security disability law. A passionate advocate for the injured and disabled, Mr. Zromkoski has conducted numerous seminars sponsored by bar associations, professional organizations, labor unions and support groups designed to assure that those injured or disabled are fully informed of their rights and the benefits available to them. A native of Northwest Indiana and a graduate of Andrean High School, Mr. Zromkoski is attuned to local industry and its laborers. One of his greatest satisfactions comes from helping to make life better for a disabled and financially struggling worker.

Through his work in helping those afflicted with mental illness successfully pursue Social Security benefits, Mr. Zromkoski has become an advocate for mental health organizations and, for more than 30 years, has served on various boards of directors including the Porter County Family Counseling Center, Mental Health America of Porter County and the Porter-Starke Services Foundation. He was board president for the latter two organizations. He was recently elected to serve on the Board of Directors of the VNA Hospice of Northwest Indiana and the Valparaiso Economic Development Corporation.

Mr. Zromkoski was honored for 21 years of service on the Board of Directors of Porter-Starke Services, a community mental health center which also operates a federally qualified health center, where he was Board Chairman from 2007 – 2012. In recognition of his work on behalf of the mentally ill, Mr. Zromkoski was awarded the Patient Care and Advocacy Award by Porter-Starke Services in 1997 and the Robert Anderson Award for Community Education and Service in 2001. Mental Health America twice recognized Mr. Zromkoski’s contributions to the mentally ill in awarding him the Association’s Distinguished Service Award, as well as the Margaret Stevens Award, the highest awarded presented by the agency.

Because of his many years of community service, Mr. Zromkoski was honored as the 2019 recipient of the Greater Valparaiso Chamber of Commerce’s Legacy of Service award. When accepting the award, he said, “I’m so grateful to work in a community that understands that every human being … has a right to be treated with respect, support, nurturing, and love.”

Mr. Zromkoski is also a former Adjunct Professor of Law at the Valparaiso University School of Law where he developed and taught a course covering Social Security Disability Law. He previously taught courses for both Indiana University Northwest in Gary and Indiana University South Bend in areas including labor and employment law.