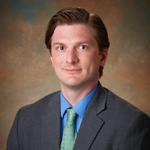 COLBY A. BARKES has been named a Partner at Blachly, Tabor, Bozik and Hartman, LLC. He practices in the firm’s personal injury, civil litigation, employment law, and domestic relations sections. Colby represents individuals and businesses in complex litigation matters and employment disputes as well as representing individuals in all aspects of family law matters.

Prior to joining the firm in 2012, Colby was an employment and civil litigation attorney in Lake County, Indiana and has worked on defending and prosecuting matters related to auto and trucking accidents, premises liability issues, civil rights disputes and employment disputes. Colby has conducted and assisted in numerous jury and bench trials and has also written briefs to the Indiana court of appeals and assisted in appeals to the 7th Circuit Court of Appeals.